3 Causes of Flashes of Light 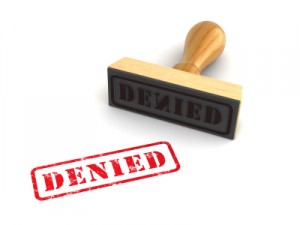 The Food and Drug administration fails to approve Iluvien for the treatment of diabetic retinopathy and cites the need for more safety information in addition to concerns about the safety of the manufacturing process of Iluvien.   Alimera Sciences had hoped to gain approval by the end of December 2010, instead, it was told by the FDA that more information was needed.

Safety and Efficacy of Iluvien

Data from almost 1000 patients were included in the FDA submission.  If you remember, Alimera Sciences received a “Priority Review” from the FDA when the application was filed last summer.  A “Priority Review” accelerates this last leg of the FDA approval process.

Instead, the FDA is asking for additional safety/efficacy information covering 36 months after treatment instead of the 24 months provided.

There were also concerns regarding the manufacturing, packaging and sterilization of Iluvien, though no specifics were noted.

Iluvien may be the second drug approved that is based on technology to offer sustained drug delivery into the eye.  Ozurdex, a similar product, has been in use since the summer of 2009 and is used for retinal vein occlusions.

While promising, the FDA plods slowly, yet thoroughly.  The request for additional data indicates that this product is probably effective for treating macular edema, yet recommendations need to be made regarding is use.  Hence, the need for additional dtate.

Had the product been rejected, or requests for additional clinical trials, this would have been a clearer signal of failure.

In the end, though disappointing, the company hopes to have a marketable product by the end of 2011.