Diabetic Macular Edema: Have No Fear

VEGF-Trap Gets Closer to FDA Approval 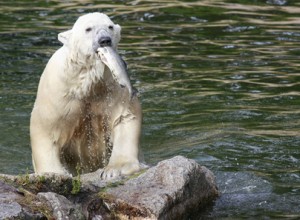 Eating fish and other sources of omega-3 fatty acids may lower the risk of developing macular degeneration in women.  A new study reports a lower incidence of AMD in those eating one serving of fish per week compared to those who did not.

The study was to evaluate the potential benefits of eating fish and certain fatty acids with the development of the disease in women.  The analysis was performed on the data collected from the Women’s Health Study.  This study included almost 40,000 women all of whom were health professionals.

The participants all completed a questionnaire regarding dietary habits and then followed for about 10 years looking to see who might develop the disease.  The initial screening involved self-reporting.

One Serving of Fish Per Week May Reduce Eye Disease

The results indicate that eating just one serving of fish per week decreases the chances of developing ARMD compared to those who do not.  There was a bias to those eating canned tuna fish and dark-meat fish.

What Does This Mean? This is great circumstantial evidence that omega-3 fatty acids  may prevent macular degeneration…at least in women.  While not proven, it does support other similar studies indicating a possible association omega-3 FA’s and fish consumption.

AREDS 2 is presently underway and should conclusively answer if omega-3 FA’s prevent macular degeneration.  The study concludes in a few years.  This is a prospective and randomized study.  The study is also specifically designed to examine the benefits of omega-3’s.

In contrast, this study reported in the Archives of Ophthalmology is really more the result of a questionnaire, was not truly random (all participants were women and also health professionals) and was retrospective.  While there is some value to these sorts of studies, the strongest evidence is taken from studies designed like AREDS2.