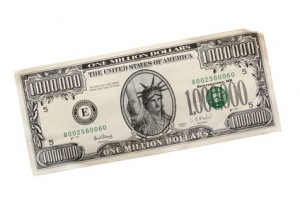 Another fake shipment of Avastin was discovered in late March.  The first episode occurred in early February.  In both instances, the bogus drug was purchased from a manufacturer in Turkey, then distributed eventually to the U.S. by a string of suppliers.

The brand name “Altuzan” is used for the drug manufactured in Turkey.  Apparently the packaging of “Altuzan” contains only Turkish language, but the bogus anti-VEGF drugs were packaged with markings in English.

Avastin, an anti-cancer drug,  is a popular treatment for wet macular macular degeneration.  Annual sales of Avastin are reported to be abou $6 billion.

Altuzan Not Approved in the U.S.

Roche makes  “bevacizumab” (generic name) outside the United States.  Within the U.S., Genentech, owned by Roche, makes and distributes the drug.

Most of the time the drug is sold in quantities intended for chemotherapy.  Avastin is primarily an anti-cancer drug FDA approved for the treatment of a variety of cancers;  colon, lung, kidney and brain cancer (glioblastoma multiforme).

In the ophthalmic world, Avastin is commonly used as an intravitreal injection for the treatment of wet ARMD.

Compounding pharmacies purchase the drug directly from the manufacturer.  Once received, the pharmacy will then divide the allotment into smaller doses used for eye injections.

My local compounding pharmacy packages the Avastin in small, ready-to-use, syringes.  My patients pick up the drug on the way to the office or have it delivered.  The syringe is pre-loaded with just the right amount of drug to be injected.

There are so many possible topics discuss, but I just don’t know enough about drug regulations and distributions, etc. to have a meaningful conversation.  I am pretty ignorant about this.

The real question is…

Are you safe?  I don’t think we know.  Moreover, what about the patients receiving this to treat their cancer?

There are apparently no mechanisms to ensure the safety and reliability of drugs as they change hands from manufacturers to suppliers as the drugs are distributed.  Obviously, we certainly need them.

By simply changing the packaging, vials of useless water, makes it all the way into your doctors’ offices!  Seems an impossibility in this era.  Seems too simple.

Sadly, this scenario is not unique, but rampant in poorer countries and especially where medical supplies are scarce.  For most developed countries, we only assume this is not a bigger problem.

For now, the best I can do is assume that our pharmacy is as trustworthy as I once thought our system to be.