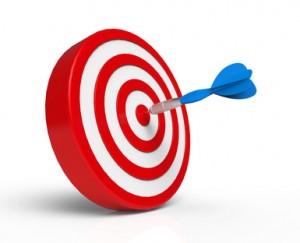 The FDA just granted Orphan Drug Designation for a new investigati0nal treatment for retinoblastoma.  Retinoblastoma is an eye cancer causing blindness or death in infants and children.

With timely diagnosis, the survival rate for this childhood cancer is quite high, but the morbidity can be devastating.

Retinoblastoma is a congenital eye cancer involving the retina.  It can occur in one eye, both eyes and/or in the brain.  Undetected, it can be fatal.

When involving one eye, there is usually no family history.  Bilateral (involving both eyes) cases and those involving the brain are hereditary and these patients are also at increased risk for developing other types of malignant tumors.

Treatment of the eye involves enucleation (removal of the eye), chemotherapy, freezing, laser or radiation.

This FDA designation is not FDA approval, yet is usually given to drugs with the potential to treat rare diseases affecting fewer than 200,000 people in the United States.

The disease affects so few that it is unlikely a company could ever recoup the normal costs of drug development and introducing it into the market.  Special incentives are given which reduce the financial burden, and a rare disease thus has the hope of finding a treatment.

The treatment involves an old drug, melphalen, and a new technology.  The drug is delivered as a sustained release intraocular injection (similar to Ozurdex) attached to a biocompatible compound which slowly releases the drug into the eye over time.

Icon Bioscience, Inc., has developed Verisome®, a patented technology for releasing drugs into the eye involving a biocompatible polymer with unique chemical properties designed for accurate and prolonged time release.  Several other drugs for treatment of eye disease are under development using the same Verisome® technology.

This is an extreme example of the value of targeted sustained drug release for eye disease.

Success is due to targeted delivery of the desired drug to the retina.  Intraocular injections have successfully obviated the “blood brain barrier.”  As a rule, drugs taken by mouth or intravenously simply to not penetrate the eye to any substantial level.

By injecting directly into the eye, the drug surpasses the “blood brain barrier” and much needed drug is delivered, or targeted, to the diseased tissue, the retina.  In addition, as in this case, drug will be released for weeks to months (i.e. sustained release) with a single application.  As a result, new “treatments” emerge.

Perhaps a “cure” for this horrible eye cancer develops simply by changing the route of administration, sustained release and an incentive plan from the FDA.