Giant retinal tears (GRT) are a specific type of retinal detachment.  They are noteworthy for often causing legal blindness or worse.  They are particularly difficult to fix despite using traditional techniques such as scleral buckle, vitrectomy, gas, silicone oil, etc.

With giant retinal tears, the retina often folds over on itself like an omelet.

Perfluoron is heavier than water.  In the video, I’ll use the Perfluoron as a tool to unfold, or steamroll, the retina back to the proper position.  Once in position, the retina can be treated with laser.  The laser will eventually scar the retina in place…assuming the retina stays in the proper orientation.

It is often not too difficult to unfold the giant retinal tear with Perfluoron.  The difficulty and complications of surgery usually arise in trying to keep the retina unfolded and in its proper place.  Most retina specialists (perhaps all?) remove the Perfluoron, infuse gas or silicone oil and hope that the retina remains unfolded.

Often, this fails leading to repeated or complicated retinal detachments.

My preference is to leave the Perfluoron in place for 1-4 weeks to ensure proper reattachment without slipping.

The latter portion of the video demonstrates the second vitrectomy to remove the heavy water.  During a separate operation, the Perfluoron is simply removed, the laser has caused scarring so that the retina can not slip.

By breaking up the reattachment into stages, my success rate has been astounding.  Almost no surgical complications (no reoperations) compared to conventional methods and, most importantly, the visual results have been amazing.

Compliance is also not an issue.  Patients must lie on their back instead of keeping face down compared to face down positioning (when using gas or silicone oil).

While this may be an unconventional way of using Perfluoron, the reduced complications, improved visual results and shorter operating times are certainly reasons to consider operating on giant tears in stages.

Preventing a giant retinal tear from forming is paramount, when possible as these are such nasty types of retinal detachment. 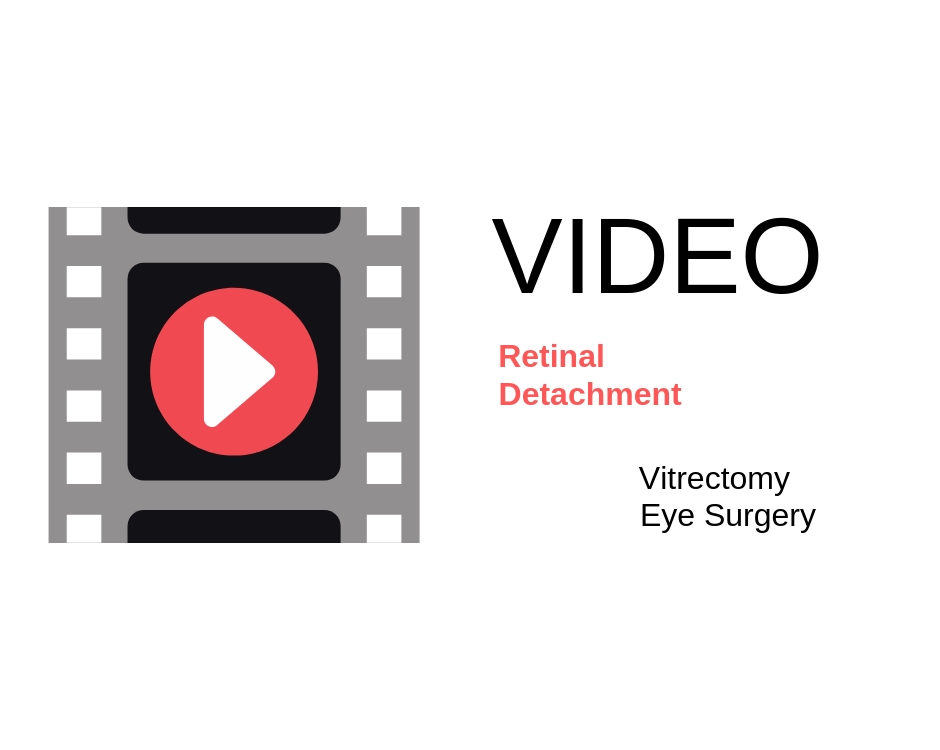