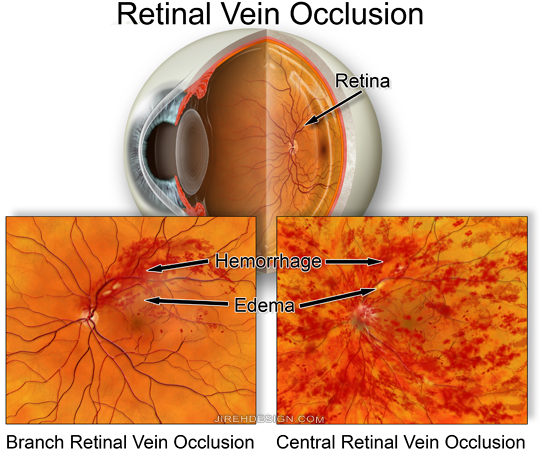 All vascular occlusions of the retina are painless.  Vision loss with a CRVO is usually severe, quick and painless.  A CRVO generally happens only to one eye as bilateral vein occlusions are not common.

Vision loss from a CRVO is usually permanent.  Intravitreal injections of anti-VEGF and steroid are commonly employed, but usually do not result in significant improvement in vision.

When the central vein occludes, significant leakage of blood and fluid occurs into the retina.  It is very similar to a car tire running over a garden hose – everything backs up and leaks. Fluid accumulating in the retina causes swelling and there is usually substantial bleeding into the retinal tissue.  Macular edema (swelling of the macula) is very common.

Of the four types of retinal vascular occlusions, neovascular glaucoma most commonly develops from a CRVO.

Regardless of our ability to improve vision with treatment, patients with central retinal vein occlusions must be monitored routinely for evidence of a CRVO.  Evidence of neovascularization can often be reversed with early detection.

Treatment of central retinal vascular occlusions is aimed at reducing the macular edema.  This can be achieved with laser, intravitreal injections of anti-VEGF or steroids.

Unfortunately, unlike other disease, reducing the macular edema does not translate to impressive visual improvement. 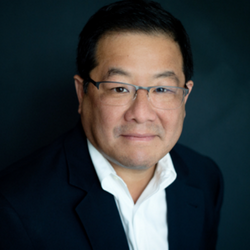