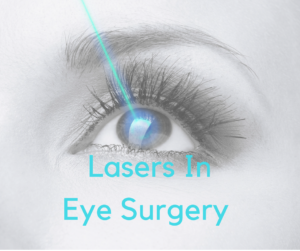 Laser eye surgery can mean many more things than laser vision correction.  Lasers are used in almost all parts of the eye to treat eye disease such as glaucoma, refractive eye surgery and many diseases of the retina.

The following is a short review discussing the many different lasers and how we use them in ophthalmology.

Laser vision correction is a very common laser eye surgery.  PRK and LASIK are often advertised to reduce a patient's need and dependance upon glasses (or contact lenses).

Both the femtosecond and excimer lasers are used to perform laser vision correction.  The lasers reshape the corneal curvature which heavily influences the refraction of your eye.

Laser vision correction reduces the need for glasses in patients who have nearsightedness (myopia), farsightedness (hyperopia) and astigmatism.  Certain corneal scars can also be removed with the laser.

Modern cataract surgery now involve the accuracy and dependability of the femtosecond laser.  The laser can be used in crucial parts of the cataract removal process:

During cataract surgery, the intraocular implant is placed inside a clear tissue called the lens capsule.  Just like "Saran Wrap," this tissue is crystal clear.  With time, the tissue often becomes cloudy and blurs the vision.  This "after cataract" mimics the same symptoms of the original cataract, but vision can be restored with Nd:YAG laser which clears the cloudy lens capsule.

Several different lasers can be used to treat different types of glaucoma.

These lasers treat the drainage part of the eye, called the trabecular meshwork, to increase the absorption of internal fluid (aqueous humor) and decrease the pressure of the eye.

The laser procedures are similar and differ by the types of laser used:  Argon or diode laser, Nd:YAG laser or the minipulse laser.

Narrow angle glaucoma is common in asians and patients with hyperopia.  In this scenario, fluid is blocked from migrating through the pupil to the anterior chamber to

The argon laser, diode laser and minipulse laser are used to treat patients with diabetic retinopathy, swelling from various retinal vascular disorders and others.  Tears in the retina are usually treated with the argon or diode laser.

Nd:YAG vitreolysis is performed for certain opacities within the vitreous. 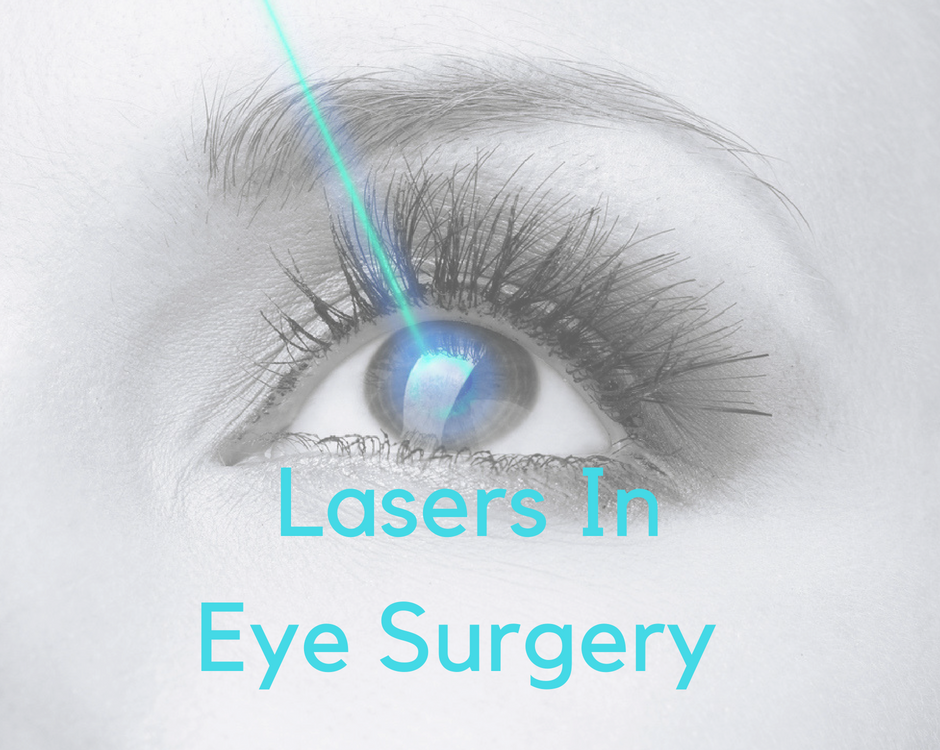 Laser eye surgery can mean much more than laser vision correction. How many different uses of a laser can you name?
Do you like it?
2 Read more